Remember that raw phase I went through? Ya, i’m trying to forget it too. But sometimes I accidentally eat completely raw meals.

This was one of those nights. I had read somewhere about using walnut “taco meat,”but the post I read it in used it to be raw. I immediately closed the window and moved on with my life. Now I know I have talked about my cravings before, but the weirdest habit of mine is craving things that I have never eaten. And well, that happened. I was craving this “raw taco meat” made from walnuts. On my way home from work that day I picked up some walnuts and guacamole to adorn the rest of the salad ingredients that I already had at home. 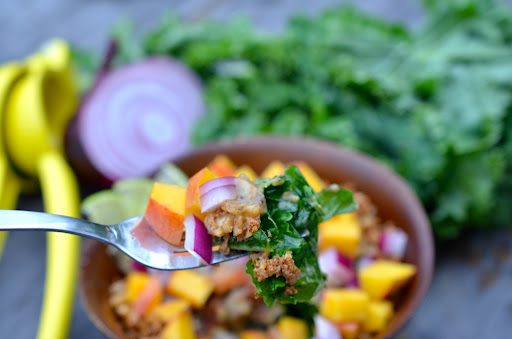 Another element that I am going to bring into this salad is massaged kale. Every time I told someone I made a massaged kale salad, I was greeted with confused stares. But man oh man, everyone needs to hop on the massaged kale salad train. Basically, it is exactly what is sounds like: you coat it lightly with some olive oil, lemon juice (but tonight I used lime juice, since it was a taco salad), salt, and pepper and then get to massaging. You get the benefits of it being cooked almost, meaning it is much more palatable and you pre-break it down for your digestive system, but you also get the benefits of it being raw, meaning all of the precious nutrients are left untouched.

And finally, I have also been playing a lot with using peaches in savory dishes. Peach or mango or pineapple salsa? Yes, please! I also had some peaches, so onto the salad they were going. 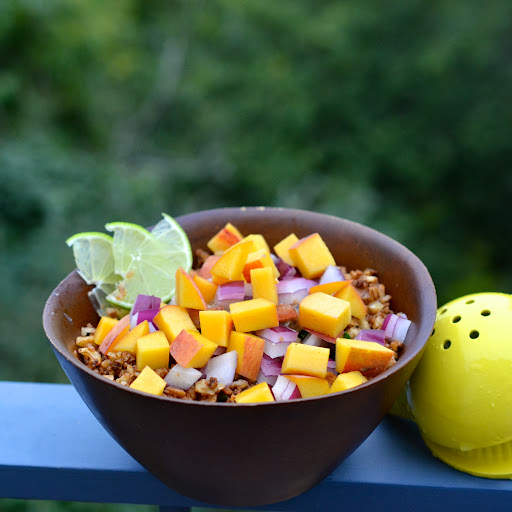 Anyways, this raw taco salad of sorts was phenomenal and an absolute synch to throw together! Literally I was raving about the salad after every bite that I took. And then I made it for lunch each of the following days. It packs really well since you don’t have to worry about the kale wilting. The salad doesn’t need much of a dressing since the walnuts are flavor packed as well as the guacamole brings its Mexican goodness to the party. Raw food, you win this round… in the tastiest of ways. 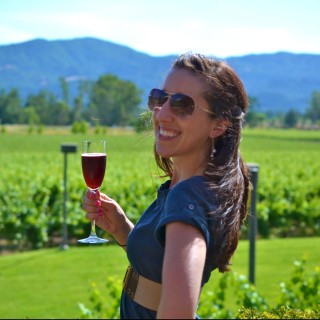